Mexican cuisine is a cuisine that is a synthesis of Aztec and Spanish culinary traditions.

The Spanish traditions themselves were formed at the turn of classical Europe and the Moorish East (the Mexican burrito resembles shawarma). The basis is Tortillas (corn pita bread) with seasonings, among which the first place is occupied by chili pepper (“calling card” of Mexican cuisine) and salsa. Various rolls are made from tortillas: burritos (meat pie), enchiladas (large soft tortilla envelope covered with cheese sauce, inside – chicken, meat, beans), and chimichangas (tubes fried in boiling oil with cheese, chicken or beef meat and tomatoes) . They also bake uevos eggs. 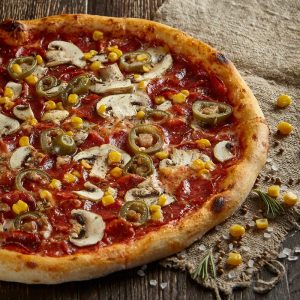 They are served with fruit and vegetable salads, the most characteristic of which is guacamole (a pasty sauce of avocado with tomatoes, onions and serrano peppers) and pico de gallo (cockerel’s beak) – a spicy sauce made from diced tomatoes, onions and peppers. jalapeno. Among the meat dishes, the first place is occupied by fajita (Fajita) – beef hem (cut from the bottom of the carcass) grilled. Of the side dishes, rice and beans are the most common. Characteristic spices: cilantro (cilantro); serrano and jalapeno peppers. The famous Mexican alcoholic drink is tequila. The popular drink cocoa or hot chocolate is of Mexican origin, the same drinks are traditional for Mexico.

Of the first courses, tortilla soup (sopa de tortilla) is a very spicy product. Onion and garlic fried in corn oil, peeled and finely chopped tomatoes, black pepper, cumin, cilantro and dried hot chili peppers and jalapeno peppers are added to the chicken broth. The mixture is kept on fire for half an hour, and then served in deep bowls with grated cheese and fried tortilla strips about 1 cm wide. In the soup, the tortillas swell and soak in the burning moisture of the broth. Served with sliced ​​slightly unripe avocado and sour cream. Pozole is also widespread – a thick soup of corn and meat with various additives. The state of Yucatan is the birthplace of lime soup, original in taste and popular throughout Mexico. 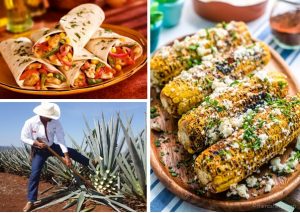 many recipes of which came from ancient times, was included in the UNESCO World Cultural Heritage List at the UN International Conference in Kenya in November 2010.
Before the arrival of the Spaniards, neither fat nor olive oil was known in Mexico. Food was baked, boiled in water or steamed, sometimes cooked in holes dug in the ground. The Spanish colonialists quickly became Americanized, adopting the lifestyle and diet of the natives. New culinary methods – frying, grilling, etc. contributed to the emergence of many amazing recipes.

People of flesh and corn

Before the arrival of the Spaniards, corn was the main food of the locals. In Maya mythology, humans were created from corn mass mixed with the blood of the gods, so corn was an object of almost divine worship. Corn mass became the basis for baking bread and pies.